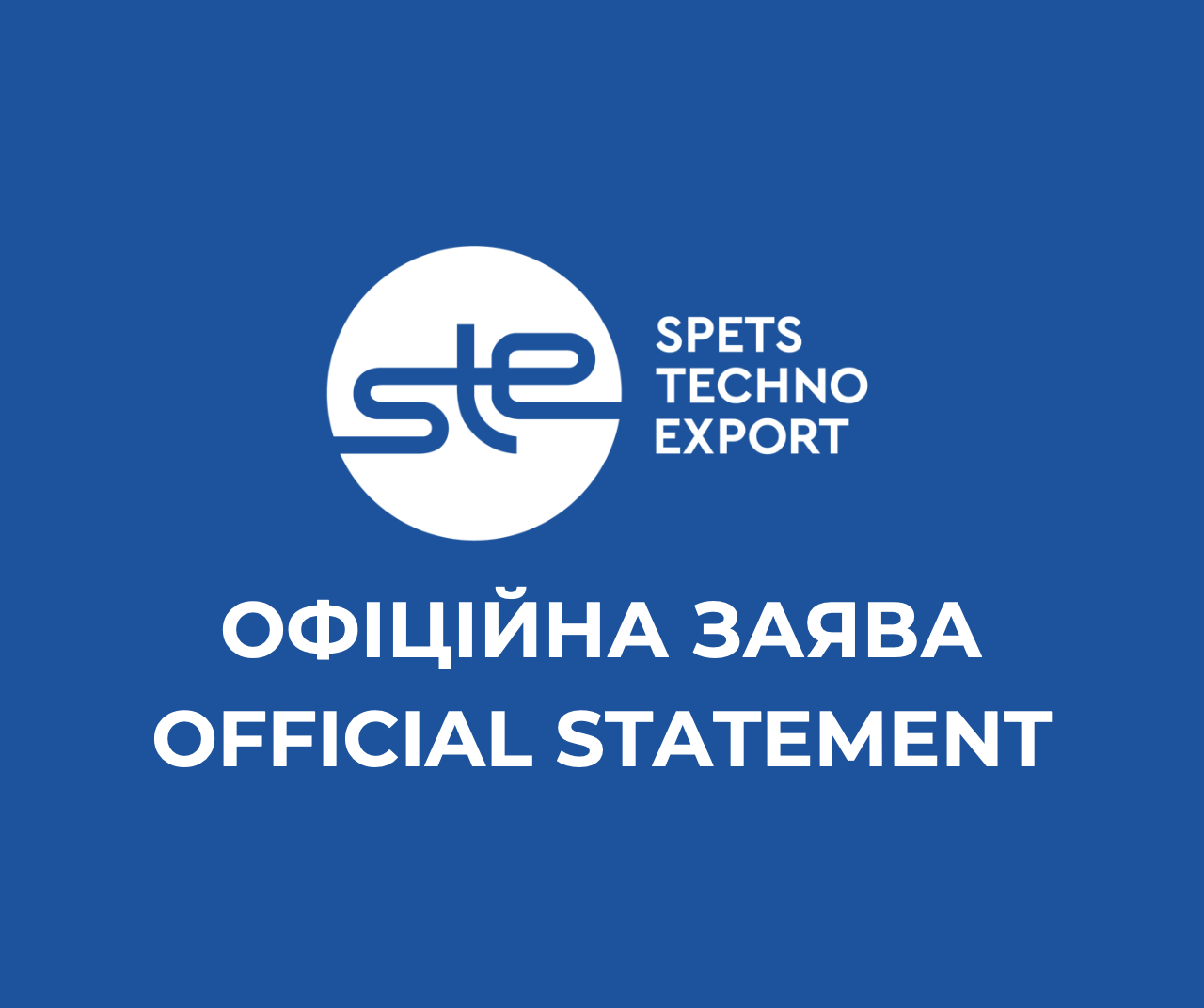 In view of the information activity around the AN-178 aircraft supply contract concluded with the Ministry of Internal Affairs of Peru at the request of the National Police of Peru, the State Enterprise “Spetstechnoexport” makes the following statement.

Since December 9, 2021 the Peruvian mass media has launched another informational attack to discredit the mentioned contract. As a result, this information was disseminated by the Ukrainian and Russian media.

We affirm that the information disseminated is not objective.

As of today, the contract is valid, but due to the lack of funding from the customer - the Ministry of Internal Affairs of the Republic of Peru - is being implemented with a delay. At the same time, the solution of the financing problem does not depend on the Ukrainian side. The mentioned issue is connected  with the non-acceptance of the bank guarantee by the state and private banks of Peru, including the guarantee provided by a first-class European bank, included in the list of banks of the first category, approved by the Central Reserve Bank of Peru. This very reason is a complicating circumstance that significantly alters the balance of contractual obligations.

At the same time, the Ukrainian side is making its maximal efforts to resolve this issue. At present, “Spetstechnoexport”, as a conscientious contractor, continues negotiations to resolve the complicated circumstances that have arisen beyond the control of the parties of the contract.

We declare that as of today the State Enterprise “Spetstechnoexport” has not received any payment from the customer and the Ukrainian side independently produces the aircraft at its own expense.

The terms of the contract are confidential information, since they are not subject to disclosure by any of its parties.

SFTE State Enterprise “Spetstechnoexport” asks the mass media to carefully use unverified information that may harm not only the implementation of the contract, but also the image of Ukraine.

Recall that in November 2019, Spetstechnoexport State Enterprise, which is part of the Ukroboronprom State Concern, signed a contract with the Ministry of Internal Affairs of the Republic of Peru for the supply of the AN-178 multipurpose transport aircraft. The signing of the agreement opened the Latin American market for a new generation of Antonov aircraft.

The An-178 multipurpose transport aircraft, developed by the Antonov State Enterprise, is a further development of the An-148 / AN-158 family of certified regional jet aircraft.

The maximum flight altitude of the AN-178 is 12.2 km, the flight range is 5500 km, the maximum speed is 825 km/h, the load capacity is up to 18 tons. The aircraft is capable of operating from different airfields, including high-altitude and unpaved ones.

The An-178 made its first flight in May 2015. Since then, import substitution measures have been taken to complete the aircraft. The AN-178 was demonstrated to the world community at aerospace shows in Great Britain, France, Germany, Turkey, Kuwait and the United Arab Emirates.